I'm studying a semester at Moholy-Nagy University of Art and Design in Budapest, Hungary. Right now I'm in the middle of a course where we design characters and bg's for a chosen tale. These pics are different stages of character development from that course. Out of three options I chose Knight Bluebeard, that I wasn't familiar with before. We don't go so far as to animate these, the focus is on finding a new interesting graphic world, that is true to our own style.
EDIT: some bg's added 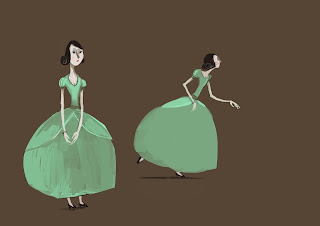 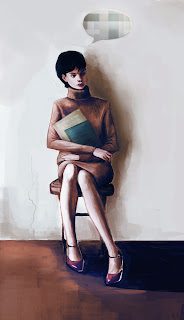 Posted by reetta at 1:36 PM No comments: 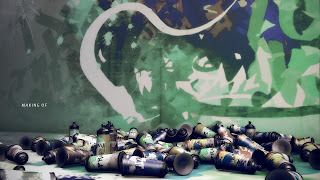 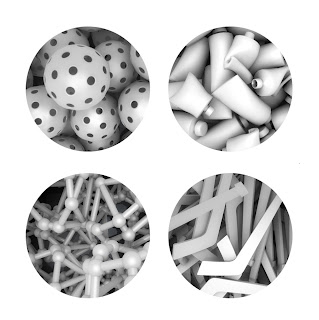 Above are some props that I modelled for an animation project at school. Some of them turned out obsolete but I thought I'd still take some nice renders for show.
The 1700's naval soldier is Keijo from last years 2D course. In other words, evidence of me once using the Bone tool in Flash.
Posted by reetta at 11:08 PM 1 comment:

Blood vessels in the wind

I've been super excited about the C4D MoGraph module lately.
Here I was testing MoSpline in turtle mode and learned to use the L-System for creating branches.


turtletree from Reetta Saturo on Vimeo.

Email ThisBlogThis!Share to TwitterShare to FacebookShare to Pinterest
Labels: c4d

A school work extended. I thought I'd experiment with some cool techniques I had learned lately, like liquid simulations in Maya and tracing text in C4D.

Email ThisBlogThis!Share to TwitterShare to FacebookShare to Pinterest
Labels: animation 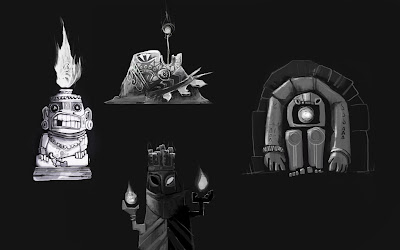 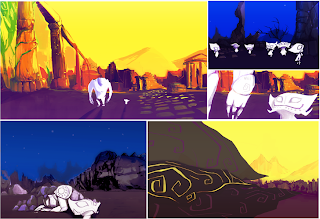 It has been some time now since wrapping up the biggest project by far in my studies. Inspired by the mayans, apocalypse, shadow and light, with our class (16 students, plus 4 hardworking programming students) we were able to come out with a two-player game for Kinect.

During the ten weeks that we had, I did some early concept art, drawings for a 2D opening animation and sculpting of the game assets like the statuehead above. Having played piano back in the year two, I also did some weird improvisations with a keyboard for the opening animation. Just because it was so much fun I continued playing with that recording in Soundbooth.
Posted by reetta at 11:22 AM No comments:


One of the greatest experiences of my studies in Metropolia happened when I got to attend the Radical Design Week at Shanghai as part of my university's representing team. We were a group of nearly 30 people, students and teachers from the field of culture and creative industries doing an exhibition at Donghua University. With my animation teacher and a fellow classmate we set up a mocap workshop Tai chi for beginners. We had only a week of practising the mocap software behind us so it was a bit unnerving. At some point came the idea to test how our system could handle the capturing and tracking the movements of two people.

Posted by reetta at 1:46 AM No comments: